友爱街旅馆
查看所有资料
详情
This comfortable hotel in Tainan City offers complimentary wireless internet, as well as a 24-hour reception and meeting rooms. It provides 4-star rooms with views of the city. There are a range of amenities available to those staying at U I J Hotel & Hostel, including luggage storage, a shared kitchen and a terrace. Additionally, the multilingual staff are on hand to provide local information. U I J Hotel & Hostel has 87 air conditioned rooms. They are also equipped with a hair dryer and a shower. The hotel offers a conveniently located in-house café where guests can have a meal before heading out to discover the area. Tainan City's attractions, such as the National Museum of Taiwan Literature and Taiwan Confucian Temple, are within a 10-minute walk of U I J Hotel & Hostel. Chihkan Tower and Wu Garden are each within walking distance.
干净度
9.5
舒适
9.5
设施
9.3
餐食
8.6
地点
9.5 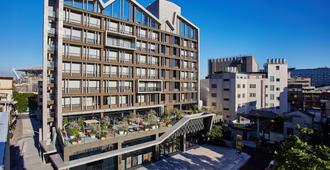 第1位
友爱街旅馆
9.3
极好 9.3
根据4,748则点评
详情
¥143
查看优惠
香格里拉台南远东国际大饭店
查看所有资料
详情
Featuring a shuttle to Kaohsiung International Airport, as well as free wireless internet, Shangri-La's Far Eastern Plaza Tainan is a convenient base in Tainan City. In addition to free public parking on site, the hotel features comfortable 5-star rooms and a bar. Guests can enjoy Shangri-La's Far Eastern Plaza Tainan's relaxation facilities, such as a sauna and an outdoor pool, plus keep fit at Fitness Centre. Amenities include facial and body treatments, plus a kids pool and an express check-in and check-out feature. All the rooms at Shangri-La's Far Eastern Plaza Tainan feature a mini bar, movies-on-demand and a pillow menu. They each offer a telephone and tea and coffee making facilities. Those staying at the hotel can sit down to a satisfying breakfast each morning at Café At Far Eastern, plus dinner at Shanghai Pavilion after a day of sightseeing. The Shop and THE MEZZ Steak and Lobster are available for lunch and dinner, or there are multiple eateries to have a meal at nearby. Shangri-La's Far Eastern Plaza Tainan is close to the area's well-known sightseeing attractions, including Tainan Theological College and Seminary and National Cheng Kung University, which are within walking distance. It is within a 20-minute walk of Tainan Railway Station, which allows easy access in and around Tainan City.
干净度
9.0
舒适
9.0
设施
9.1
餐食
9.2
地点
9.0 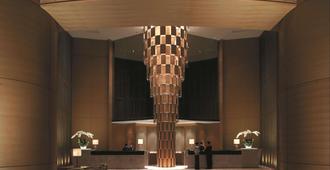 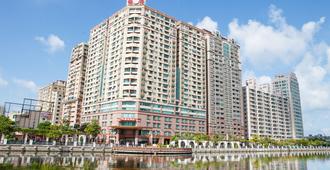