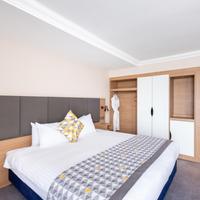 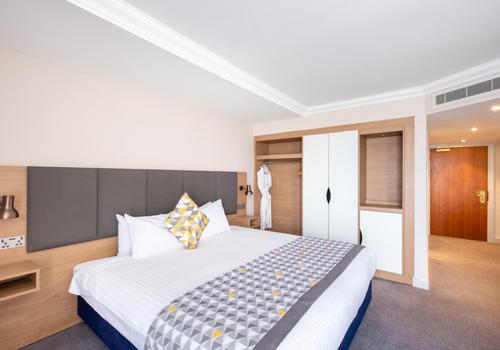 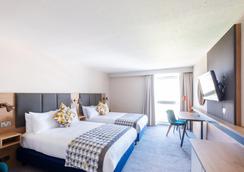 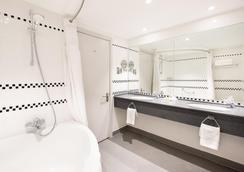 A modern Leicester hotel near the city centre with open lobby, meeting facilities and spacious bedrooms. Well placed near the Highcross Leicester shopping mall, Holiday Inn® Leicester hotel is five minutes' walk from attractions like the King Richard III Visitor Centre and Leicester Cathedral. The hotel is a 10-minute cab ride from Leicester train station. The M1 motorway is 15 minutes' drive away, and there’s NCP parking next to the hotel. The National Space Centre is a six-minute drive from the hotel. Sports fans are 10 minutes' drive from Leicester Tigers rugby matches at Welford Road Stadium and the King Power Stadium, home of Leicester City FC. The striking, contemporary Curve Theatre hosts performing arts, 15 minutes' walk from the hotel, while the Bosworth Battlefield Heritage Centre, at the site of the 15th - century battle, is 30 minutes' drive away. The hotel's flexible spaces, from boardrooms to an event suite, can host meetings and functions for up to 300 people. There's free standard WiFi throughout, audio-visual equipment is available, and catering can be made. 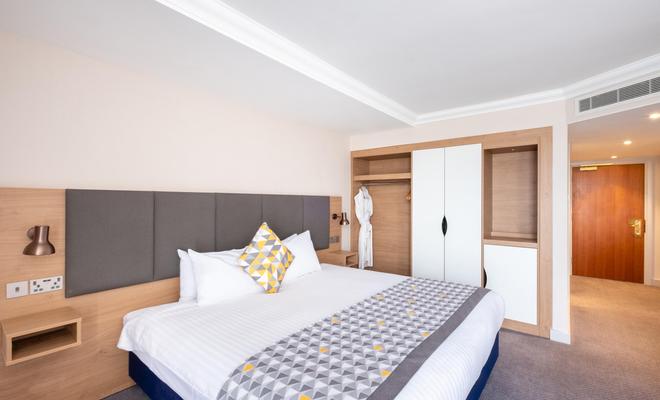 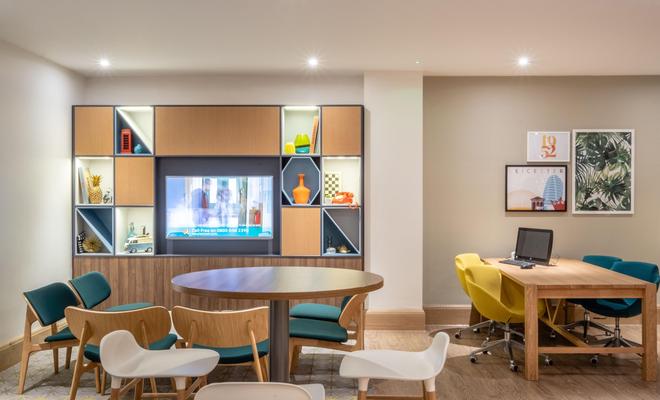 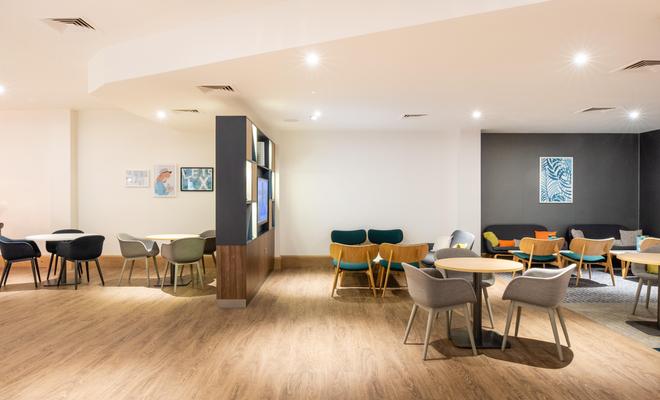 “Big and clean room with all the expected basics!”
“room was lovely & big”