Let us put you in the cradle of liberty and the heart of sophistication at The Ritz-Carlton, Philadelphia, a luxury hotel with a historic pedigree that brings this venerable city to life for each and every guest. A newly-renovated neo-classical landmark that lives up to the grace and grandeur of its stately surroundings, this meticulously restored historic hotel in Philadelphia is located within steps of Independence Hall and the Liberty Bell, close to the city's best dining and shopping experiences, and within the midst of Philadelphia’s arts and entertainment district. From the striking domed marble lobby of this former bank building to our newly-opened Richard Sandoval restaurant, Aqimero, you will enter a realm of urban sophistication and modern design, where creative culinary options, pampered spa services and contemporary guest rooms leave you with landmark memories of your own. 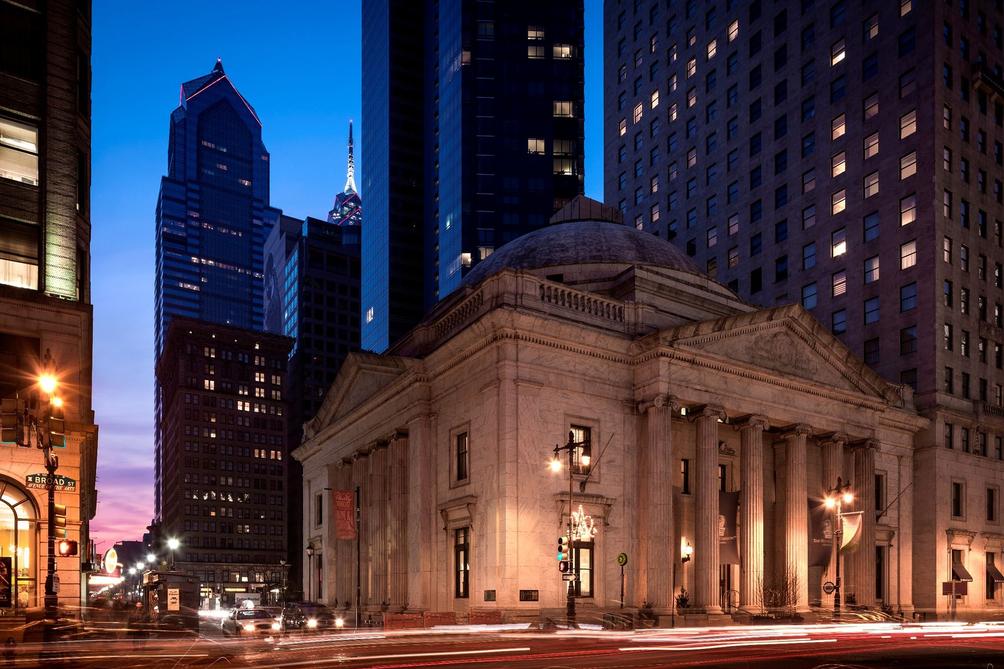 “The food was delicious and the view was stunning and beautifully done building”
“The view was great”
“The situation detailed below needs to be addressed because other than that, the room was most comfortable with a lovely view of City Hall northward.”