The Seelbach Hilton Louisville hotel is the premier luxury hotel since its grand opening in 1905. As a landmark of a "golden era," the Seelbach Hilton Louisville, Kentucky hotel appears on the National Register of Historic Places, and has attracted many famous figures including 1 Duchess, 9 Presidents, 14 Grammy-winning Musical Groups and dozens of Hollywood Celebrities. In fact, our hotel's grand ambiance inspired F. Scott Fitzgerald to use the Seelbach as the backdrop for Tom and Daisy Buchanan's wedding in "The Great Gatsby." Today, the Four-Diamond hotel has completed a $12 million renovation to maintain the elegance of a world class hotel while equipping it with the modern necessities for the new generation. The updates in the guestrooms include new furniture, lighting, carpet, wall treatments and 37-inch high-definition televisions. The fitness center has nearly doubled in size and all of the work stations have been replaced with state-of-the-art equipment by Precor. In the Lobby, the original skylight, which has been covered for the last 50 years, has been restored and "Vegas Style" lighting added to replicate the designed appearance when the hotel opened in 1905. The hotel is also home to The Oakroom, Kentucky's first and only AAA Five-Diamond restaurant. Hand-carved lion's head columns, ornate wood accents and brass chandeliers that are reminiscent of its original gentlemen's-billiards-hall décor originating around 1907. From lavish weddings and large corporate receptions to intimate board meetings, The Seelbach Hilton's 32,000 square feet of meeting space offers elegant, one-of-a-kind venues for any event. Highlights include.The Rathskeller - the only surviving, Rookwood-Pottery room in the world and the Grand Ballroom - the site of Tom and Daisy Buchanan's wedding in "The Great Gatsby." Make The Seelbach Hilton Louisville, KY hotel your gateway to Louisville, Kentucky's unique attractions including the Kentucky Derby, 4th Street Live Entertainment Complex, Louisville Slugger Museum, Bourbon Distillery tours and scenic riverboat rides. You will also find the hotel at the center of Louisville's arts and culture community. Be a part of history, from 1905 to today. Book your next stay at The Seelbach Hilton Louisville. Travel should take you places. 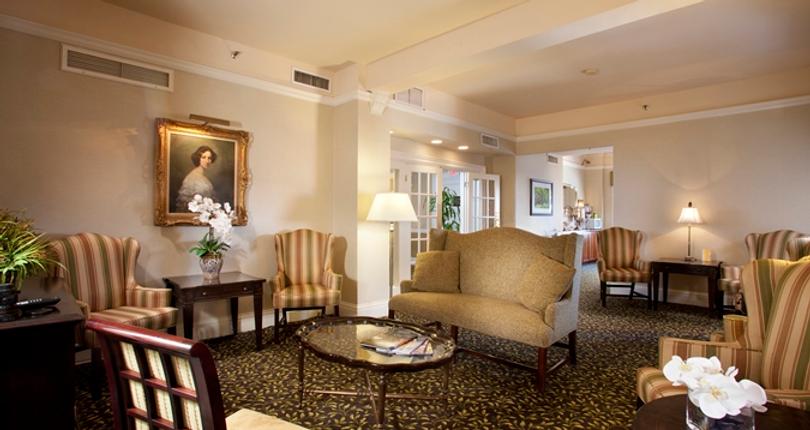 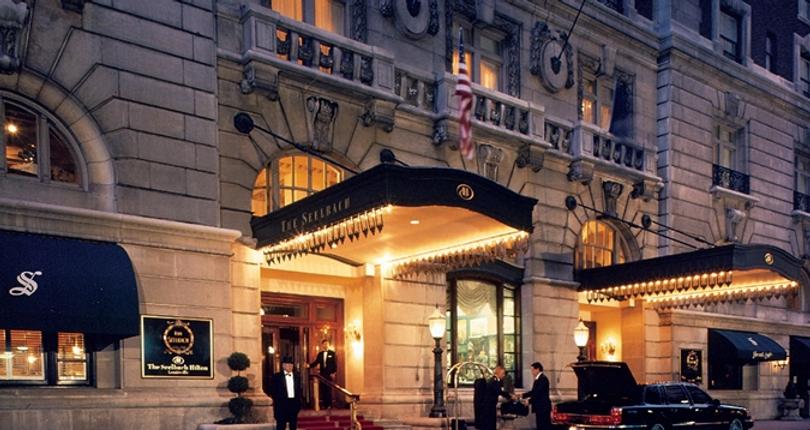 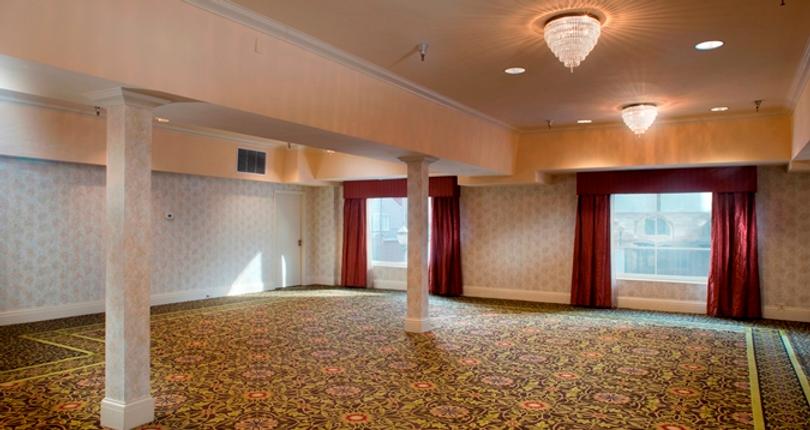 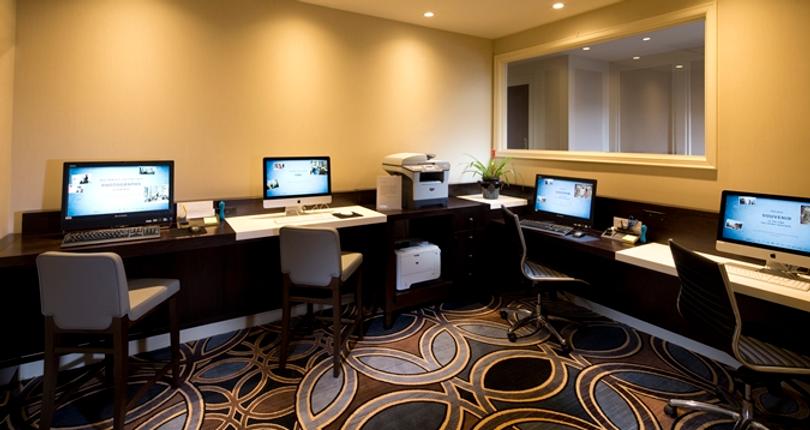 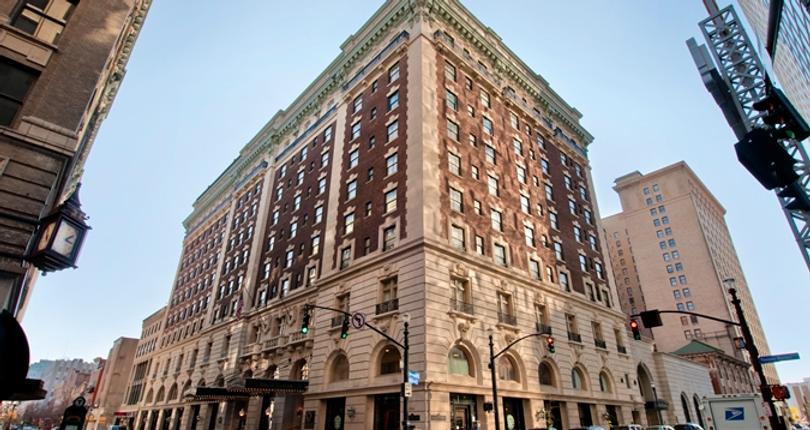 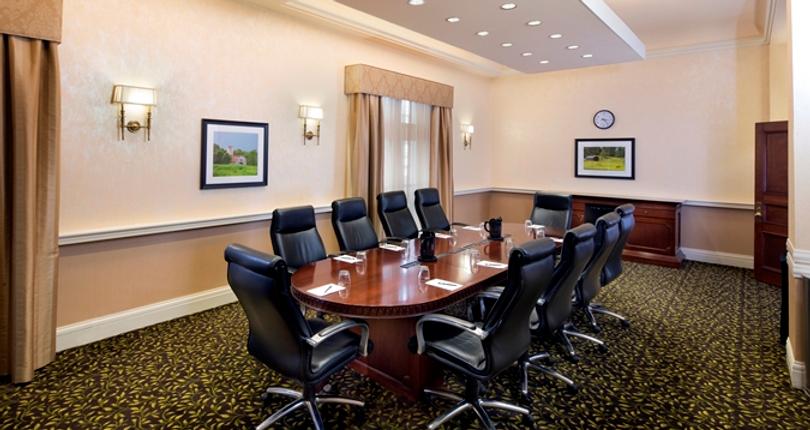 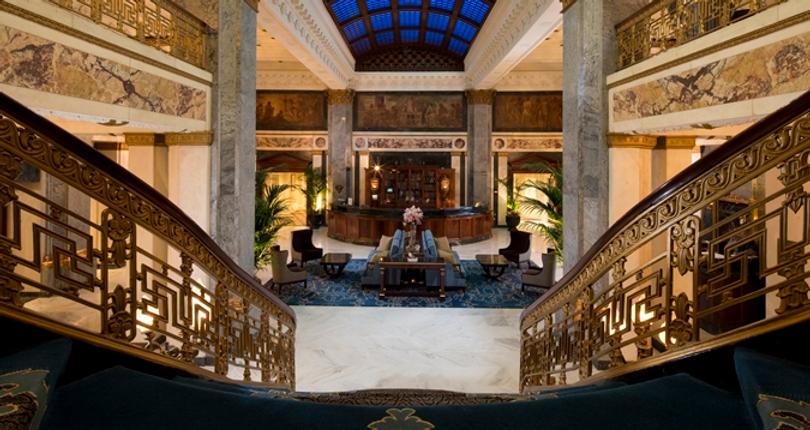 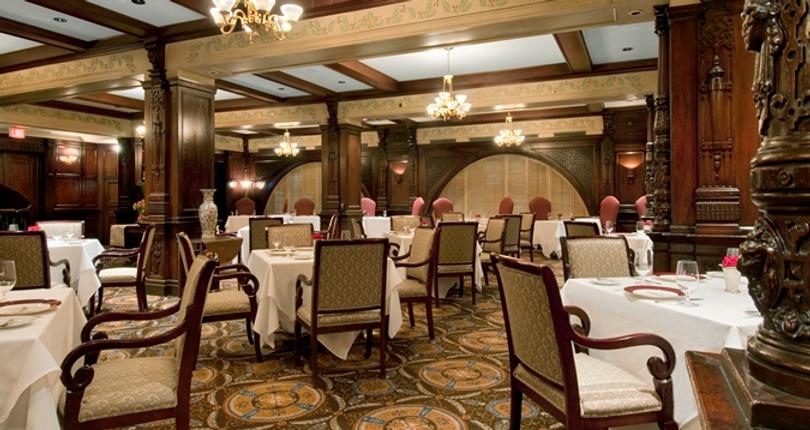 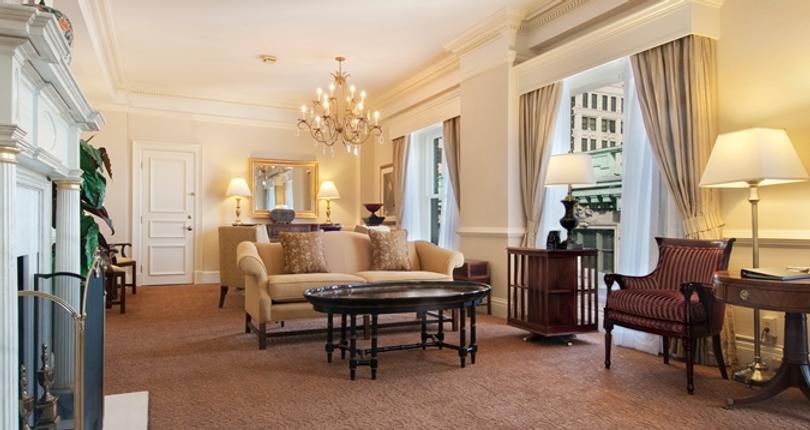 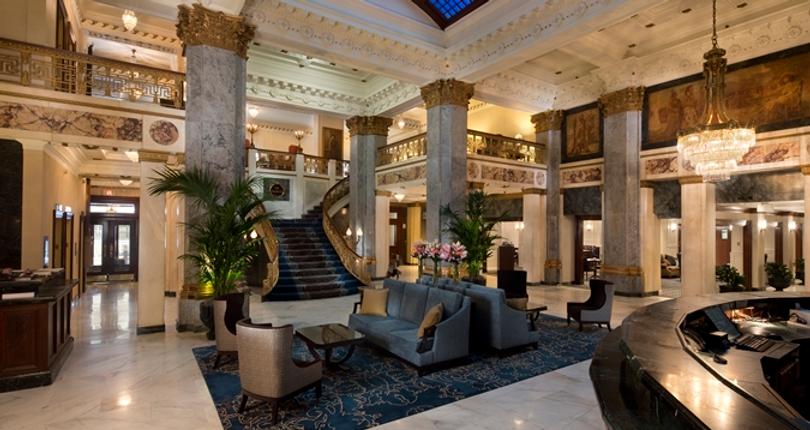 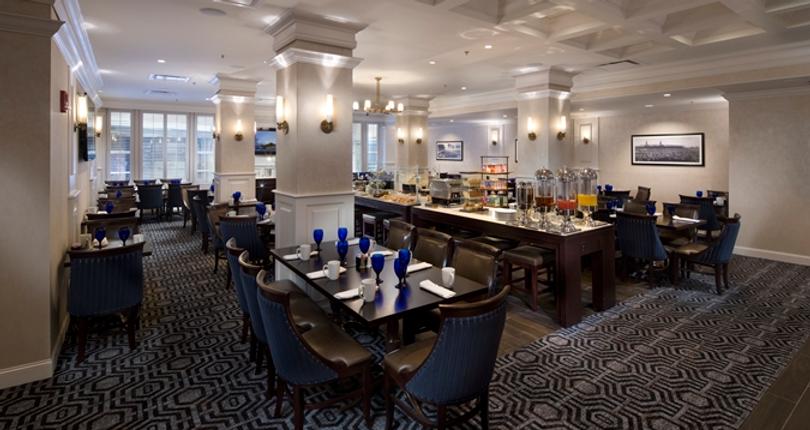 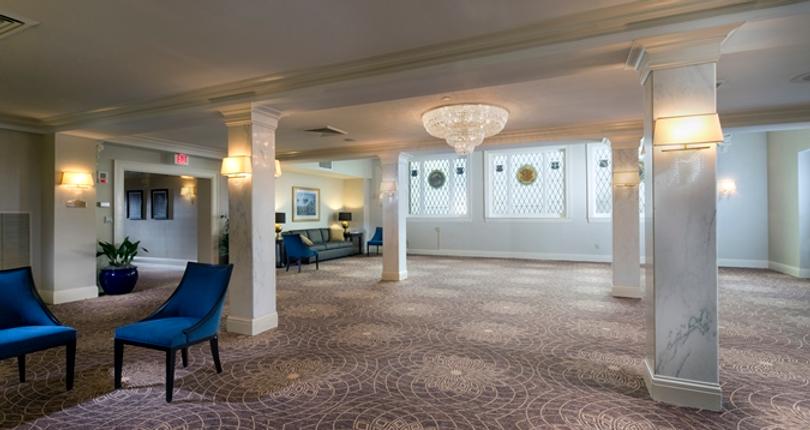